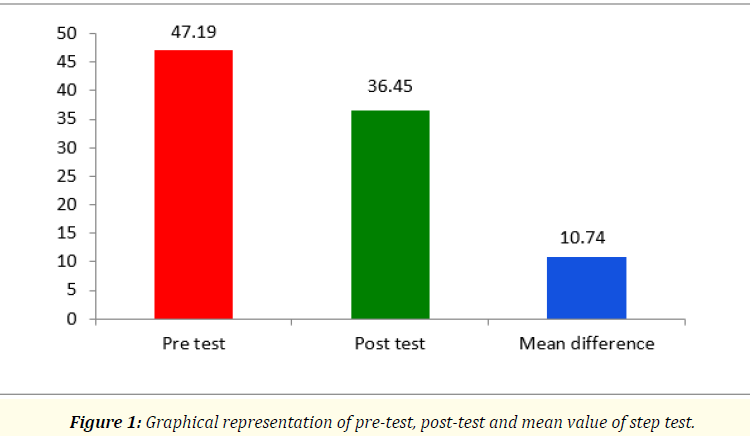 Objectives: Cerebral palsy is primarily a disorder of movement and posture. Most of the cerebral palsy children struggle to do ac-tivities of daily life due to lack of cardiovascular endurance. Functional exercise training is a structured physical activity which uses more energy and is more intense than activities, which are part of daily living. The Study aims to show the effectiveness of functional exercise training on aerobic capacity among spastic cerebral palsy children.

Methods: Ten spastic cerebral palsy children were selected consecutively for the study and treated with functional exercise training for a period of 3 months, weekly two sessions of each 45 minutes. By step test VO2 maximum was assessed before and after the end of 3 months to evaluate the aerobic capacity.

Results: The obtained data’s were statistically analysed by paired ‘t’ test at 0.005 level of significance and found that there was sig-nificant improvement in aerobic capacity following functional exercise training in spastic cerebral palsy children.

Cerebral palsy (CP) is primarily a disorder of movement and posture. It is defined as “A group of non-progressive, but changing mo-tor impairment syndromes secondary to lesion or anomalies of the brain arising in the early stages of its development [1]. Incidence of cerebral palsy is 2 to 2.5 per 1000 live births [2]. Spastic cerebral palsy is more (77.4%) common among all the types of cerebral palsy’s. Most children identified with cerebral palsy are boys [3].

Aerobic capacity is also known as maximal oxygen uptake or maximum oxygen consumption (VO2 max). The maximum ability of a person to transport oxygen and utilize during physical activities is called VO2 max. Physical fitness is directly related to the VO2 max of the children [5]. Peak oxygen uptake is strongly associated with health and disease in adulthood. Moreover, it is a strong indicator of func-tional capacity and mortality in adulthood [6].

Maintaining an appropriate level of aerobic fitness reduces the risk of disease and injury and increases the ability to work efficiently and to participate in and enjoy physical activity (sports, recreation, and leisure) [7]. Research consistently has shown that children with cerebral palsy have low V̇ O2 peak values [8]. These low levels of V̇ O2 peak affect both daily and rec-reational activities and could have significant implications for health in people with CP [9].

Functional exercise training is structured physical activity which uses more energy and is more intense than activities, which are part of daily living. Three areas of physical fitness are important for children, adolescents and adults with and without cerebral palsy. The first is aerobic fitness, the efficiency of the body to work for prolonged periods of time using oxygen as the fuel. Aerobic activities include walk-ing, running and swimming.

The second is anaerobic fitness, or the efficiency of the body to complete more strenuous activities that are much shorter in duration less than 15 seconds. These are the main forms of activity for children and include climbing stairs and games such as hide and go seek and tag. The third aspect of physical fitness is muscle strength. Increasing muscle strength aims to assist walking and improve the efficiency of doing other exercise [10].

Purpose of the Study

Review Board of RVS College of Physiotherapy affiliated to the, The Tamil Nadu Dr MGR Medical University approved this single group pre and post-test experimental study and a written consent was obtained from the participants parents after giving clear instructions regarding the treatment procedure and its implications. The study was conducted in RVS Collage of Physiotherapy, Coimbatore. Ten clini-cally diagnosed spastic cerebral palsy children, classified under level I or II on the Gross Motor Function Classification System (GMFCS), who can able to follow simple verbal commands were consecutively selected for the study. Children treated Surgically and with neurotox-ins were excluded from the study.

Functional exercise training was given for all the children, weekly two sessions each session lasted for 45 minutes and the same was continued for three months. The training program includes 3 phases warm up phase training phase and cool down phase. Training phase consist of 8 standardized task specific aerobic exercises.

Aerobic capacity of all the children were measured byVO2 max using step test [12], at zero level and end of third moth of the study. 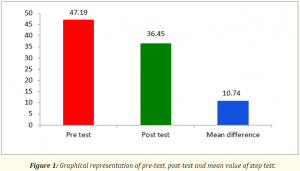 The major findings was that the functional exercise training programme increases aerobic capacity in children with spastic cerebral palsy. The positive effect was maintained for a period of one month following cessation of training. but the follow up results were not discussed in the present study. The study has limited to small sample size of single experimental group but the findings are in agreement with other studies which have shown that functional exercise training programme in cerebral palsy is associated with improvements in aerobic capacity.